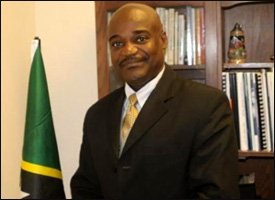 Secretary of the Sugar Industry Diversification Fund (SDIF), Mr. Michael Martin says the (SIDF) is “not an instrument of political mileage” and is “not engaged in any illegal or improper transactions.”

Mr. Martin told CUOPM that the last audit of the foundation’s financial statements conducted by the renowned accounting firm, PricewaterhouseCoopers, showed that the Foundation’s total assets came to EC$17.6 million as at December 31 2007 and was expected to increase in 2008 as the programme is “becoming better known around the world.”

The initiative was established as a legal foundation in September 15, 2006 under the Foundations Act 2003, and became fully functional in 2008.

Mr. Martin emphasised that the Foundation aims to accelerate the transformation of the country’s economy into a modern service-oriented economy with greater capacity to compete in regional and global markets and to meet the varied aspirations of locals.

He said the institution offers another option for the Citizen-by-Investment Programme in that contributions made to the Foundation at prescribed levels qualify foreign nationals to apply for Citizenship-by-Investment in St. Kitts and Nevis. He also informed that applicants are required to undergo due diligence procedures and make appropriate declarations in respect of the source of their funds.

“The Foundation is not involved in the granting or approval of citizenship; that is handled by a government unit. Our main purpose is to collect funds from that unit that come in from persons who have applied and have been approved for citizenship by investment. An applicant may get citizenship after contributing US$200,000 to the Fund.

“Projects have to fall within the parameters stipulated by the Foundation’s Articles. It must be a project that is an alternative to the sugar industry. Then the Board determines the feasibility and viability of the project and if it decides to fund it then it determines the conditions of funds. This is not intended to fund large developments by foreign investors, it’s designed to transition the economy from sugar into tourism and financial services and of course develop agriculture other than sugar,” said Mr. Martin.

He explained that the Foundation is expected to fund its operations and pursue its objectives from donations and further stated that the SIDF is run by a board of councilors from the public and private sectors including Chief Secretary, Joseph Edmeade; Permanent Secretary in the Ministry of Agriculture and Housing, Dr. Hermia Morton-Anthony; and Permanent Secretary in the Ministry of Consumer Affairs, Her Excellency Ambassador Rosalyn Hazelle, from the public sector. Private sector representatives include Caribbean Financial Associates Inc; Terrence Crossman and Attorney Hesketh Benjamin.