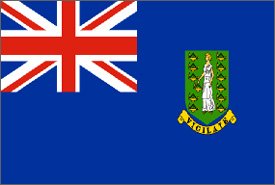 Meeting To Be Held In Tortola, British Virgin Islands

The effects of the financial crisis on key sectors, including tourism and construction in the member countries of the Organisation of Eastern Caribbean States (OECS) will be discussed by leaders of the sub-regional grouping when they meet in Tortola, British Virgin Islands next week.

The implications of the global and regional financial crisis for OECS economies and the social safety net provisions for the needy and dispossessed will also be discussed at the 49th Meeting of the OECS Authority from May 20th to 22nd.

The OECS Secretariat said Thursday will also devote part of their meeting to an engagement with the Prime Minister of Barbados, Hon. David Thompson.

“They will also be updated on efforts by the region to strengthen functional cooperation with other areas of the world including Spain, the United States Virgin Islands, Puerto Rico and South East Asia,” the release said.

It said a status report will be presented to the meeting on the OECS Economic Union process.

Heads will receive presentations on the work programme and public awareness campaign.

Member States are in the process of rolling out national public consultation exercises which are providing their people with an opportunity to comment on and make inputs into a draft OECS Economic Union Treaty.

Also on the packed agenda for the Heads will be discussions on a regional approach to formulation of an energy policy; climate change; and a report from the Pharmaceutical Procurement Service through which Member States pool resources for the joint purchasing of medical supplies.

This 49th Meeting of the OECS Authority will be chaired by the incoming OECS Chairman, Hon. Dr. Lowell Lewis, the Chief Minister of Montserrat.