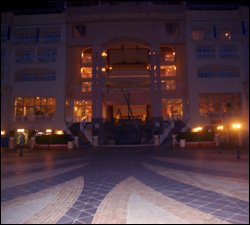 Participants will also consider the Reports on the Fifth Meeting and Sixth SOLAC Meetings in Trinidad and Jamaica respectively; the Report on the Meeting of Officials on Institutions and Associate Institutions in Barbados; Maritime Delimitation of CARICOM Members; Examination of Possible Maritime Boundaries and Baselines of CARICOM Members; Treaty Law and Practice Seminar set for the Bahamas in July and Matters of the
Practice of Law in CARICOM.

Also down for discussion are papers related to Law School Interns for Legal Services/Office of the General Counsel CARICOM Secretariat; Audit of CARICOM Legislative Drafting Facility (CLDF) Instruments; Update on Draft Agreement on Jurisdiction and Enforcement and Judgements in Civil and Commercial matters and Draft CARICOM Financial Services Agreement and CARICOM Investment Code and Riles of for Organs and Bodies and Revised Rules of Procedure for the Legal Affairs Committee as well as on the upcoming Intellectual Property Meeting.

There will also be a demonstration of the CARICOM Law Website and updates on the Reconstitution of the Inter-Governmental task Force for the Revision of the Revised Treaty of Chaguaramas.