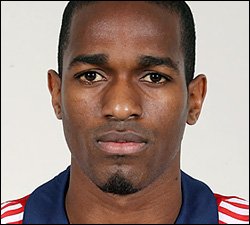 The Kittitian international and former SKNFA League St.Peters FC striker was injured during a practice in Mid April tearing cartilage in his right knee.

Harris was claimed from FC Dallas in the second round of the 2010 MLS expansion draft. He had two goals and three assists in five games before his injury.

Vancouver also signed 33-year-old midfielder Peter Vagenas. The American spent the past two seasons with Seattle and has played 10 seasons in the MLS.