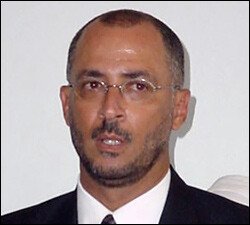 Chairman of the Council of OECS Ministers for Tourism the Honourable Richard “Ricky” Skerritt says the OECS is considering strategic mechanisms to stimulate intra-regional travel, so as to facilitate easier movement of persons across the region.

Speaking to the media at the end of the 10th Council of OECS Ministers for Tourism meeting, Minister Skerritt indicated that discussions were held on the possibility of reducing departure taxes as an incentive for encouraging intra- regional travel.

This plan is in response to Ministers’ grave concern over the recent downturn in intra-Caribbean travel, which has been in the range of 40% to 50%, and which has negatively impacted the viability of the indigenous small hotel sub-sector in the OECS.

The matter of stimulating intra-regional travel is listed as an agenda item for a possible meeting of OECS Civil Aviation and Tourism Ministers.

Other topics suggested for the proposed meeting include measures geared towards promoting safe, secure, sustainable and competitive air services into the OECS region, in keeping with implementation of relevant aspects of the San Juan Accord.

The main focus of that accord, which was signed by Caribbean Aviation and Tourism Ministers in October 2007, is to create greater efficiency in the Caribbean aviation industry with a view to improving the region’s competitiveness and attracting more international carriers.

Minister Skerritt, who also chairs the Caribbean Tourism Organisation (CTO) acknowledged several factors which could have influenced a noticeable decline in intra-regional travel: “The issue of aviation was discussed at length. I think every Minister identified it in some form or fashion in their presentation because it’s a number of issues. There is the issue of cost or pricing of fares, cost of operations and the issue of capacity and of destinations being competitive and attracting OECS and other Caribbean people”¦.We made it clear that we do not believe  that you can point a finger at one airline and say that is the reason why intra-regional travel is down.  We may be able to say that that is a contributor but we felt that it had also to do with the availability of disposable income for Caribbean people in light of very difficult economic circumstances; We felt it had partly to do with some very genuine issues regarding cost, including the cost of fuel and other operating costs but we also felt that our Caribbean islands have to do a better job of attracting the interest of Caribbean people to visit their neighbours.”

On other matters related to travel within the OECS the Ministers agreed to propose, for the consideration of the OECS Authority, a deadline of December 1st, 2011 for facilitation of seamless Intra-Regional Travel for yachts visiting the OECS single marine space, within the context of the OECS Economic Union.

As a vital step in achieving this objective, Ministers agreed that they would convene meetings with customs and immigration officials to agree on the adoption of business-friendly border control arrangements, consistent with the goal of achieving hassle-free travel. One possible approach is to establish these arrangements on a bilateral basis, to serve as a platform for the adoption of an OECS-wide system of seamless travel for yachts.

A proposed Common OECS Tourism Policy was another key discussion area for the Ministers for Tourism. The Council of Tourism Ministers welcomed the progress made on the initiative to develop a Common Tourism Policy for the OECS within the context of the Economic Union.

“For the first time we have charged senior tourism officials in the region with looking at what are the commonalities across the OECS while maintaining the distinguishing features that are peculiar to our individual destinations and how we can work together without necessarily building a new brand; How can we work together to be more effective in the market place”¦For the first time I am seeing concerted action driven from the Ministers through the OECS Secretariat  to actually take some key steps forward.”- Hon. Richard Skerritt.

Ministers also noted the findings of the Policy Delphi research project to develop a marketing and branding strategy for the OECS region; endorsed the recommendation to convene a regional marketing workshop in the short term to create opportunities for synergies; as well as to identify mechanisms for pooling of resources for joint representation at major international trade shows and events and agreed to collaborate to have joint representation at the World Travel Market trade show, to include the following Member States that have agreed to participate: St. Lucia, Dominica, Anguilla, St. Kitts and Nevis and St. Eustatius as an observer country on the OECS Council of Tourism Ministers

They also endorsed the recommendation to establish a working group (including CTO) to provide guidance and direction on modalities for joint representation at international events such as trade shows as well as the recommendation for Member States to capitalize on opportunities for joint activities that showcase the distinct attributes and characteristics of the region whilst adding value to the region’s tourism product, as an alternative to developing a (geographically-based) OECS Tourism brand.

Ministers agreed to a decision taken by the CTO to meet in May with the FCCA (Florida Caribbean Cruise Association) to discuss matters pertaining to enhancement of the competitiveness and economic impact of cruise business in the Caribbean, including the stimulation of summer cruising in the OECS region and the wider Southern Caribbean; noted the progress made towards the establishment of an OECS Network of Excellence for Tourism and Hospitality Education and reiterated their commitment to the establishment of the Network and the importance of technical and vocational training to the competitiveness and sustainability of the tourism industry of the OECS.