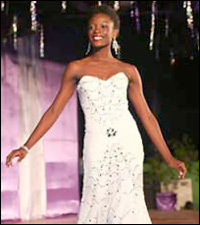 Francis, representing St. Kitts and Nevis emerged from a field of thirteen contestants to cop the prestigious title. She also won the judges’ nod for Best Talent.