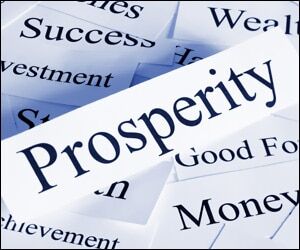 The year 2016 will be bright and prosperous for the Federation of St. Kitts and Nevis according to Prime Minister, Dr. the Honourable Timothy Harris.

Prime Minister Harris chose the theme, “2016: A Year of Wonderful Possibilities and Promising Opportunities” for his New Year’s Day address to nationals and residents. In his address, he said that this theme speaks to the tremendous growth that will be experienced by all during the year 2016, noting that 2016 “is expected to be a period marked by continued growth, development, continued advancement, and general improvement in our domestic affairs, our human condition, our placement on the world’s stage, and our overall competitive advantage realized through trade, investment, knowledge management and national productivity.”

Indicating that the “International Monetary Fund (IMF) has predicted that the St. Kitts and Nevis economy is expected to grow by at least 4.6 percent in 2016,” Prime Minister Harris said that this IMF “forecast will therefore place the Federation among the best performing economies not just in CARICOM but in Latin America and the Caribbean, and the wider global community.”

Prime Minister Harris said that his Team Unity Administration remains committed to a prosperity agenda. He explained that through the fiscal discipline of the government, the Federation will experience consistent growth.

According to Prime Minister Harris, “such consistent levels of growth provide the resources and fiscal space for us to have provided a tax free budget for 2016,” further adding that citizens should not take a tax free budget for granted as “Recent tax measures imposed by Barbados and Trinidad and Tobago only a few days ago point to the stark contrast in the strength of our fiscal situation.”

The Prime Minister further indicated that the Team Unity Administration will in 2016 embark on a number of projects that are expected to be beneficial to all citizens. He said that the government continues to provide a fresh start for St. Kitts and Nevis with the aim of providing citizens with opportunities to achieve greatness in “this  our Nation to love, to treasure, to develop, and to defend.”