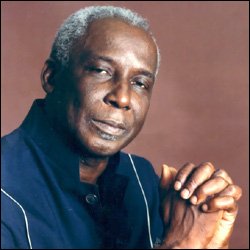 “Above all, he led the life of a consummate humanitarian, one who was committed to safeguarding the advancement of all persons but especially the more vulnerable ones among us. His light shone brightly throughout the entire UWI, where for his adult years. He worked untiringly to promote what was, to him, in the best interest of the University.  This light will continue to shine with that of the many stalwarts whom he has now joined. The light rising from the West now shines that much brighter, helping to guide those to whom the mantle has been passed,” said Head of the UWI Open Campus on St. Kitts and Nevis, Mrs. P. Olivia Edgecombe-Howell.

Paying glowing tribute to the late UWI icon, Edgecombe-Howell noted that over the past several days, thousands of persons around the Caribbean and the wider world have been bemoaning the passing from mortal life of Professor Ralston Milton “˜Rex’ Nettleford.

“The superb quality of the life and work of this illustrious Caribbean son was such that those of us who knew, loved and respected him share the view that he is gone all too soon from our midst,” she said.

Mrs. Edgecombe-Howell noted it is hard to capture in mere words the true essence of this energetic, self-effacing, grounded, versatile human being, because Professor Nettleford was, in his humanity, larger than mortal life.

“He was highly acclaimed and well-renowned for, among other things, his extra-ordinary, creative genius.   Indeed, so highly developed were his creative energies and his life-force, his persona typified that of one who will forever.  Rex lived a fully accomplished life, with obvious dignity, grace and humble joy.  He mastered the fine art of giving freely and fully of himself in whatever he chose to do, and for this, he will always be remembered,” the UWI local official said.

She added: “It is his uncanny essence ““ the vital spirit that characterized Professor Nettleford ““ that moved everyone whose life he touched both directly and indirectly to extol and cherish him as a rare kind of individual.  For me personally, knowing him and working with him was as much a privilege as it was a special blessing.  I owe to Professor Nettleford a huge debt of gratitude for his wise counsel, his understanding, and for the support and confidence that he invested in me.  I will evermore remain grateful for the positive impact that he has made on my work and my life.”

Mrs. Edgecombe Howell said the UWI and the Caribbean region as a whole have benefitted from the inestimable contribution made by Professor Nettleford in a wide array of fields.

“Now that he has moved on, we will miss his presence. His enduring legacy is, simply put, that people matter, and that a life spent creatively in the service of humanity is a life well lived. We can all be truly grateful for the trail that he blazed and for the example that he left for us to follow. My beloved Professor Nettleford: Bless You!  Walk Good,” she concluded.