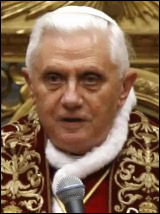 The pope Monday bemoaned what he said were the effects of exploitative tourism and the scourge of the arms and drugs trade in the West Indies islands.

“To varying degrees, your shores have been battered by negative aspects of the entertainment industry, exploitative tourism and the scourge of the arms and drugs trade,” Pope Benedict XVI said during an audience here for Roman Catholic bishops from the various Caribbean islands.

Such influences “not only undermine family life and unsettle the foundations of traditional cultural values, but tend to affect negatively local politics,” the pontiff added.

He appealed to the visiting bishops to do everything possible to support marriage and family life, which he stressed were the primary source of cohesion within communities.