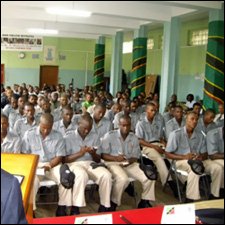 The Police Co-operative Credit Union (St. Kitts and Nevis) Limited is reporting a record gross surplus of EC$1.7 million in 2008 compared to EC$1.6 million in the previous year.

“What is significant however is the 100 percent increase in the number of loans for business investments. The Society continues to support and encourage its members to invest in their own small businesses, as this is an engine of growth in any economy, while providing an additional means of income for members, thereby improving their standard of living and economic position,” said the Treasurer Inspector Cromwell Henry in his annual report.

“As it is the core of our business, loans represent EC$18.6 million or 80 percent of the total assets portfolio,” said Inspector Henry.