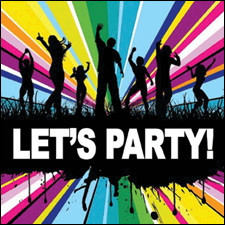 The Private Retreat Should Be  Informative For One and All.

The retreat had been agreed upon by the 15-member grouping at their Inter-Sessional  Meeting in  Grenada in February.

The May 20-21 event at the remote Teperu-Itabu quarries lodge located at Mazaruni, south-east of Georgetown, will allow them to discuss a number of issues including a possible successor to Sir Edwin Carrington, who resigned as the region’s top public servant in January.

CCM reports Guyana’s Cabinet Secretary Dr. Roger Luncheon as disclosing that the leaders would be examining ways of “refocusing, re-energizing Integration within the Caribbean Community” through an European-styled commission that would help speed up the implementation of decisions taken by the leaders.

“This has been the subject of adverse comments for decades now about the need to address the ceding of political authority from member states to this super-arching body a la European model,” he said.

At their meeting in Grenada, the leaders agreed that the burning issue of governance, which dominated their deliberations during their annual summit in Jamaica July last year, had  been referred to a committee for  continued deliberations.

“The matter was discussed but it was decided …that it should properly await the completion of the review of the (CARICOM) Secretariat because the Secretariat is an integral part on the delivery of that governance and secondly, it is not just likely to come up, but it is inevitably going to be part of the discussions that should take place in the retreat that we have received the invitation from President Bharrat Jagdeo of Guyana,” Jamaica’s Prime Minister Bruce Golding said then.

Golding said that there were also reservations about some of the recommendations that have so far been brought to the table, including the possibility of having the caucus of regional ambassadors permanently based in Guyana as one of the instruments for ensuring that decisions taken by the regional leaders are implemented by member countries.

The leaders will also be discussing other issues such as intra-regional trade, movement of skills and movement of financial resources.

“(There will be) a frank discussion of what actually is the state of integration and then to find those common issues, the common platforms around which pragmatic era of integration could flow,” said the Cabinet Sectary to the Guyana government.

“It will also address the likely practice of integration in today’s community as well as the financial economic realities and imperatives,” he added.