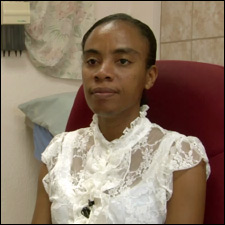 The effects Non Communicable Diseases (NCDs) can have on an individual, a family, a community and the domestic economy will be highlighted at a national summit on Thursday, May 26.

Dr. Hazel Williams Roberts, the Director of Community Health Services in the Ministry of Health, told SKNIS that conditions that are not transmissible via direct contact between individuals are classified as NCDs. The list, which includes diabetes, asthma, hypertension, heart disease, strokes and cancers, have grown to dangerous levels in most developing nations according to the World Health Organization (WHO).

An article on its website www.who.int notes that 43 percent of the current global disease burden is caused by NCDs. This is expected to rise to 60 percent of the disease burden by the year 2020 which will account for 73 percent of all deaths worldwide. Most of this increase will be accounted for by emerging non communicable disease epidemics in developing countries.

As such, Dr. Williams Roberts explained that the one-day summit will aim to increase awareness of the magnitude of the problem; and to canvas support from civil society in order to mobilize action to tackle the issue and its associated health risks.

“The participants are quite diverse,” she said, while highlighting the target audience which includes persons from the food industry, Red Cross, Insurance Companies, and the Chamber of Industry and Commerce among others. “The point we’re making is that each organization has a contribution to make whether it is in terms of securing workplace wellness for employees or impacting policy.”

The health official suggested that companies can organize sessions that promote physical activity or introduce healthier meals on cafeteria menus as part of their wellness policy.

Key members from the public sector such as agricultural officials will also dialogue with civil society at the forum.

“Out of this activity will come an action plan that focuses strategies [to] be implemented within civil society,” Dr. Williams Roberts indicated. “We’ll have the civil sector component and a public sector component which together comprise the expanded country response to NCDs.”

This National Action Plan will form part of St. Kitts and Nevis’ contribution to the September 19-20 High-level meeting of the UN General Assembly on the prevention and control of Non Communicable Diseases. The event will be held in New York, U.S.A.