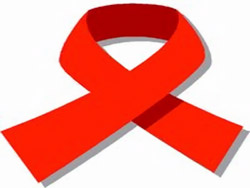 The Caribbean region remains resolute and steadfast as it moves towards building the national and regional architecture that will ensure the attainment of universal access to HIV and AIDS prevention, treatment, care and support services by 2010 and sustainability beyond.

“Today, I feel vindicated to be in a position to present the largely positive mid-term scorecard of the Caribbean to this 2008 High-Level Meeting on AIDS of the General Assembly of the United Nations. For us, it is particularly gratifying to note that 21 countries of the Caribbean submitted assessment reports on their progress in achieving the key indicators adopted at the 2006 UNGASS meeting. The completion of this unprecedented number of reports demonstrates both commitment and forward movement at the country level,” said St. Kitts and Nevis Prime Minister and CARICOM’s Lead Spokesman on HIV/AIDS and health related matters.

Dr. Douglas told Presidents, Prime Ministers, Ministers of Health and representatives of non-governmental organisations at the United Nations General Assembly on Tuesday that two years ago, he had the honour of addressing the august body for the second time and he then committed the Caribbean to achieving universal access to HIV and AIDS prevention, treatment, care and support services by the year 2010.

“It was bold pronouncement on the part of the Caribbean considering the twin problems of a region with the second highest prevalence of HIV infection in the world and limited technical and financial resources that the region had to surmount in order to achieve this milestone. Indeed, there were many observers who considered such a declaration to be fanciful. But we held forth then and remain convinced now that overcoming the challenges of AIDS is an absolute imperative that must consume our every being if we are not to squander the significant social and economic gains of the last half a century that our forbears have bought at such a high price with their blood and sweat and tears,” said Prime Minister Douglas.

He pointed out that the Caribbean country reports indicate that the countries have worked together to strengthen their collective resolve to achieve the health related international commitments.

“We have worked to define our individual and collective organizational strengths and accountabilities in supporting health outcomes that all the countries have achieved and progress made towards Universal Access targets and the health MDGs,” said Dr. Douglas, who further noted that over recent years, “we have seen considerable political leadership mobilised in the Caribbean region behind reaching the health MDGs.  High-level commitments have been made in AIDS and new health financing has been secured to scale up the response at the country and regional levels.”

He said that significant gains have been achieved in scaling up treatment and reducing infections through mother to child transmission and used the opportunity on behalf of CARICOM countries, to thank their partners for the support provided towards these efforts, in particular UNAIDS for its consistent support from country level right up to the global arena.”

Prime Minister Douglas singled out the leadership of Dr. Peter Piot for the significant impact he has made in leading this global response.

“It is indeed a clichÃ© to say that AIDS knows no borders, but in the case of the Caribbean this is a fundamental truth. Working regionally under the umbrella of Pan American Partnership against HIV/AIDS (PANCAP), the Caribbean has demonstrated that AIDS goes beyond national politics and boundaries,” he said.

Dr. Douglas said that the Caribbean has worked for almost a decade and engaged a network of diverse stakeholders to stop the disruption of the social and economic well being of the region.

He said that the collective programme under the Caribbean Regional Strategic AIDS Framework is indeed a model of functional cooperation that has spared the small countries of the Region from duplicating efforts supported by scare resources, but despite progress in some key areas at the country and regional levels, and given the scale of effort needed to get as many Caribbean countries as possible to 2010 and then beyond, “we are always looking to find ways to use our limited financial and human resources as effectively and efficiently as possible.”

Prime Minister Douglas said that a key challenge for the Caribbean region is to develop and strengthen effective health systems that can deliver better quality services and improved health to those in need.

This, he said is an essential pre-requisite for the Region to achieving Universal Access to AIDS care, treatment, support and prevention.

“However, we are cognisant that we will have to keep the balance and attention on what is important – to rapidly scale up interventions to reach our people while strengthening our health, education and social systems to mount an effective, comprehensive and sustainable AIDS response,” Dr. Douglas said.

The region remains firmly committed to a country-led and owned process, and while it welcomes and presently need the support of technical agencies and developmental partners, it will firmly maintain that these efforts must be defined, owned and led by countries.

“So I stand before you and pledge the CARICOM region to do a lot more of what we are already doing ““ and do it much better.  We pledge to scale up all HIV programs and services towards universal access based on the roadmap towards universal access which our region has already laid out. I pledge that this resolve will be political, and until it is beaten, AIDS being an exceptional epidemic, will remain a regional political priority,” said Prime Minister Douglas.

“This resolve will be financial to continue to secure the funds to make headway towards universal access and to overcome the weak capacity of the health and social sectors.

This resolve will also be a pledge to true partnership, so that governments, people living with HIV, vulnerable groups, women’s groups, civil society, faiths and business work shoulder to shoulder to save lives and prevent new transmissions.  I also pledge to a strategic regional and country led approach that recognizes AIDS both as a key, long-term priority as well as an emergency that requires immediate and innovative responses. In other words, we will continue to work to deliver universal access right away and beyond as required,” said the St. Kitts and Nevis Prime Minister, speaking on behalf of CARICOM leaders “who believe that it is our major responsibility to join forces together with each other and with other global partners, to curb HIV transmission by scaling up comprehensive prevention efforts especially those targeted to vulnerable groups and to scale up access to services for those who need them most. This is critical for our collective development and prosperity for our countries, for our Region and for the world.”