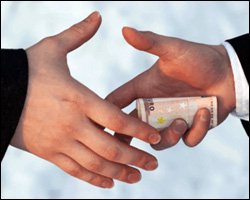 “It was Mr. Grant, who first brought this matter to the attention of the public,” said Prime Minister Douglas on VON Radio’s “Let’s Talk” Programme on Tuesday night.

Dr. Douglas said that when he first heard about it, he dismissed it as Mr. Grant “just looking for sympathy. I could not believe that something like this could have happened.

Prime Minister Douglas said he was able to view the transaction on YouTube on Wednesday afternoon only to conclude that “something did take place.”

“It has nothing to do with my Party. It has nothing to with the Government,” said Dr. Douglas, who responding to questions from the Talk Show Host, Mr. Everad “Webbo” Herbert, said that in his 14 years as Prime Minister, he has never had an investor “insulting my integrity by coming to an office or to the place where I am meeting him and offering a bribe in order to get a favour.”

Dr. Douglas reiterated to Mr. Herbert, that the “cash for land” deal was disclosed by Mr. Grant on the PAM platform in Sandy Point two Sunday nights ago.

Mr. Grant has been embroiled in a “cash for land” bribery scandal with an international property investor, that has seriously called into question his sound judgment, sagacity and integrity as leader of a political party, a candidate offering himself for political office and an aspiring Prime Minister of St. Kitts and Nevis.

A video posted on YouTube, shows the PAM Leader Mr. Grant meeting with an international property investor in which he negotiated the sale of 200 acres of land in Brotherson’s Estate on the outskirts of Newton Ground Village at a price of US $20,000, a terribly underestimated price for land in that area.

Grant, in agreeing to the prostituted land price of US $20,000, asked the investor for “some other benefits to offset that” in return for US $1.7 million to fund his party’s election campaign.

Mr. Grant has time and time again accused the Government of selling off prime crown lands to “white” foreign investors and has said that his party’s land policy is to lease large acres of land instead of selling it.

However, the YouTube video has revealed what others are calling “Grant’s downright hypocrisy”.

He has also been pushing for the Integrity in Public Life Bill, but the latest revelations have uncovered in the minds of many, supporters and non-supporters alike, a serious lack of integrity on Grant’s part.

Grant could be heard on the video telling the unknown investor how the funds can be transferred to his accounts clandestinely.