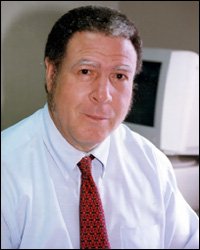 Former General Manager of the Royal Bank of Canada in St. Kitts has been honoured for his contribution to the development of the financial services industry in the sub-region.

Mr. Hugh F. Pinard was recognized at the 19th Annual Conference with Commercial Banks held at the ECCB Headquarters in St. Kitts recently.

Governor of the Eastern Caribbean Central Bank, Sir K Dwight Venner and representatives of the commercial banking sector within the ECCU area were present to honour the veteran banker’s service to the sector.

Throughout his thirty-seven year career with the Royal Bank Financial Group Mr. Pinard has distinguished himself as a knowledgeable and accomplished practitioner of his profession, and his sterling contribution to Royal Bank has been recognized with several awards.

“We applaud Mr. Hugh F Pinard for his contribution to the Banking Industry and in particular for his commitment towards the ECCU Bankers Association,” said President of the ECCUBA Michel Williams.

Mr. Pinard has been associated with many organisations in the United States, his home country Dominica and St. Kitts.  He is a life member of the New York Personnel Management Association, and has served as president of the Rotary Club of Dominica, Chairman of the National Development Foundation of Dominica, Director of the St. Kitts and Nevis Chamber of Industry and Commerce, Director of the Eastern Caribbean Institute of Banking, and President of the Bankers and Financial Services Association of St. Kitts and Nevis.

The ECCU Bankers Association was established in 2004, under the Presidency of Mr. Pinard, to promote, foster, and advocate for the common interests of banking institutions and the banking industry generally in the countries of the Eastern Caribbean Currency Union.

The Association is made up of Bankers Associations in the Currency Union: Anguilla, Antigua & Barbuda, Dominica, Grenada, St. Kitts and Nevis, St. Lucia, St Vincent & the Grenadines and Montserrat.