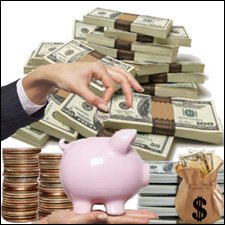 A panel discussion on the cost of living is just one the activities designed to bring consumer issues to the fore, during the commemoration of Consumer Week 2009 in St. Kitts – Nevis.

This international acknowledgement of the rights of consumers takes place March 15, and St. Kitts has chosen to have a week of activities.  Director of Consumer Affairs in St. Kitts, Mr. Howard Richardson gave the St. Kitts and Nevis Information Service some details about the Panel Discussion scheduled for Wednesday, March 18 at the Challengers Community Centre.  He said there will be four panelists who will address several sub-issues such as the health aspect where advice would be given on how to prepare nutritious meals within a certain budget and an energy aspect which will provide tips on reducing one’s electricity bill.

Mr. Richardson said there would also be a panelist who would demonstrate what businesses have to do to seek out reasonably priced goods.  He said this would be addressed by Mr. Arthur Martin who would give persons who were not in the private sector a sense of the process that is involved in seeking less expensive suppliers of products.

Mr. Vincent Fough, will represent Consumer Affairs and the Director of the Department said that the panel discussion is the appropriate forum to educate consumers on their rights.

He elaborated that residents would also be enlightened about certain re-occurring issues that are brought to the attention of the department.  As such, a scenario will be demonstrated along with various approaches undertaken to address the issue.

The St. Kitts-based activities will commence with a message by the Minister responsible for Consumer Affairs, Honourable Dr. Timothy Harris which will air Saturday March 14 and Sunday, March 15, the day of commemoration.  On Monday, March 16 and Tuesday 17 there will be visits to schools and businesses at the industrial estates.  Monday would also feature the airing of a short skit demonstrating to parents and children healthy snack choices.  “No Monkey Business” an SKNIS-produced programme, would air on the Tuesday evening on ZIZ Television.  Wednesday, March 18 Sugar City Rock’s “Hard Talk” will feature Consumer Affairs Officers fielding questions from the general public about consumer rights. The panel discussion on the “Cost of Living” takes place on the 19th while the 20th is reserved for Consumer Awareness and Health Screening in Independence Square.  Saturday, March 21 there will be the Consumer’s Health Walk from Molineaux to Basseterre.

Mr. Richardson invited the general public to take part in as many activities as possible including the panel discussion, the walk, the “Hard Talk” programme as well as the Consumer Awareness and Health Screening in Independence Square.  He said that by the end of the week, the general public should be armed with more information and an understanding of how to get the best deals in the market.