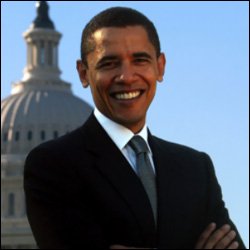 President of the United States, the Hon. Barack Obama has thanked St. Kitts and Nevis Prime Minister Hon. Dr. Denzil L. Douglas for his letter congratulating him on his inauguration.

“As I take up the duties and responsibilities of President of the United States, I very much appreciate your words of encouragement,” said President Obama.

He told Prime Minister Douglas he looks “forward to working together in the spirit of peace and friendship to build a more secure world during the next four years.”

Prime Minister Douglas will meet with the United States President during the upcoming Summit of the Americas in Trinidad and Tobago next month.