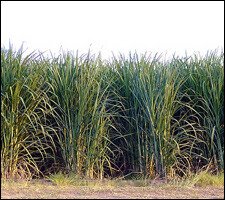 At last week’s feature address to the Chamber of Industry and Commerce, September 9, 2009, Mr. Lindsay Grant stated that the People’s Action Movement has held a consistent position to national development, particularly at the South East Peninsula, and further warned against the Labour Government’s attempt to distort the real issue of our former sugar lands.

In response to a question, Mr. Grant reminded why the “Gateway to Progress” was coined by the former PAM administration. Grant stated, “The development at the South East Peninsula with Christophe Harbor is something we welcome, something we appreciate, it is something we want to continue. Because Christophe harbor could not be here today were it not for the vision of the Right Honorable Dr. Sir Kennedy Simmonds.”

Grant continued, “I have made statements not about Christophe Harbor, but I’ve made statements about Government’s policy. What is that policy? The policy is about the sale of sugar lands in this country, obviously Christophe Harbor didn’t buy any sugar lands. Every single time I make a statement it is about the 350 acres sold to Kittitian Heights for 75 cents, the 9 acres sold to Stanford for 69 cents, the development at La Vallee, that is what I speak about.”

At the same time, the People’s Action Movement has expressed deep concern to the fact that the Labour Government continues to sell our best land cheaply to foreigners, while locals are forced to pay $4-5 per sq. ft.