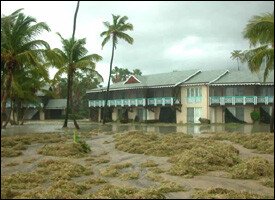 The following letter was sent out to all of the employees of Four Seasons Resort – Nevis.

As promised, I am keeping you updated on the progress during the closure period of the resort.

My apologies for the impersonal communication, but as you know it is never easy to get together such a large group of employees, so I thought it best to write to you.

Firstly, once again, thank you for your patience and flexibility during these trying and uncertain times.  It is much appreciated.

On Thursday of last week, I attended a meeting in New York where Four Seasons, the Nevis Island Administration – represented by Mr Parry and Mr Laurie Lawrence, a number of Board Members of the Homeowners Association and the Owners were represented. As in many of these complex situations, there was no final conclusion as to the future, but the meeting went a long way towards clarifying each groups position and thoughts on the way forward.  The good news is that all are committed to pushing forward.

In terms of a re-opening date, we have not reached a decision.  The main issue to resolve is the final property damage claim on the insurance, which we are all focused on.  Once we have this we can push forward with appointing a main contractor and once they are in place it should be relatively easy to look at a re-opening date.  I know that many of you are anxious to know this, as are many in the Federation, as I am.  As soon as we have anything definite, we will be sure to inform you.

Whilst we do not have clarity on the lay-offs, I would urge you all to be prepare yourselves both mentally and financially for any eventuality.

There has been some speculation in the press about lay-offs.  I would like to just say that this is exactly what is it is – speculation.  We are committed to informing you, our staff, before anyone else and we would certainly not allow our plans to be released to the press before you are informed.  I therefore urge you to treat these articles as speculation only and please come to any member of the Planning Committee with any concerns or questions and we will do our very best to answer them for you.