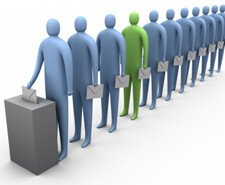 With Nomination Day set for January 15, 2010, ten days before Elections, the St. Kitts and Nevis Electoral Office has endorsed the release of the Notices concerning the Nomination of Candidates.

In accordance with the provisions of Section 51(1) of the National Assembly Elections Act, Chapter 162, the Notices concerning the Nomination of Candidates have been published by the Returning Officers for the eleven (11) Electoral Districts.  Nominations will be received by Returning Officers on January 15 between 10:00 am and 1:00 pm. at specific locations.