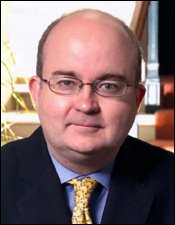 A new British High Commissioner to St. Kitts and Nevis has been named.

He is Mr. Paul Brummell, who will be based in Barbados and will also serve the other islands in the Eastern Caribbean.

Mr. Brummel who takes up his appointment in October this year is a career diplomat.

He will be based in Barbados and will serve as Non-Resident British High Commissioner to Antigua and Barbuda, the Commonwealth of Dominica, Grenada, St. Kitts and Nevis, St. Lucia and St. Vincent and the Grenadines.

Mr. Brummel will succeed Mr. Duncan Taylor CBE, who will be transferring to another Diplomatic Service appointment.