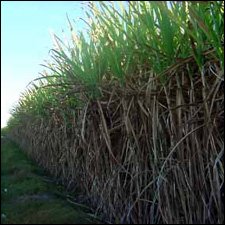 Fifty-one former female sugar workers were honoured at “Soul Mama” at the Lodge Great House on Mothers’ Day (May 10).

Under the patronage of Governor General His Excellency Sir Cuthbert Sebastian, the event was both a Pageant and Honouring Ceremony.  In between the segments of the Pageant, the honourees were presented with certificates.

The event was organized by the Community Development Group of Lodge, Lodge Village, Ottleys, Bourryeaux and Brighton.  Ms. Sandra Weeks, President of the group said residents today are reaping the benefits of the work done by the former sugar worker ladies.  She emphasized that they endured many hardships while working in the sugar industry, and the committee members wanted to thank them for the sacrifices they made.

Mrs. Ann Wigley, Government’s Supervisor of Social Assistance, distributed the certificates to the ladies, noting that as the wife of a former estate manager, she conducted classes with the female sugar workers.  She said that in addition to handicraft classes on crocheting as well as cooking, there were also courses on family life.

The Social Assistance Supervisor said that the instructors had to go to the former sugar workers in the early hours of the morning before they began their work of removing trash or dropping soda in the cane fields.  The course included tips on how to care for one’s family, and how to make ends meet despite the conditions of poverty.  Mrs. Wigley said that the former sugar workers were taught to make a tunic into a skirt, bath towels into hand towels and wash rags and sheets into pillow cases.  She said that sometimes when remembering the early sugar cane era, one wonders how the female sugar workers survived on such small wages.  Mrs. Wigley made note of their creativity in making ends meet and noted that their children were no worse off than persons who came from a more privileged background.

Women acknowledged during the ceremony included the oldest person in St. Kitts, Mrs. Florence Baker who is 110 years of age, along with several other women who made outstanding contributions to the development of their families and communities.

The money collected from the event will go toward assisting the senior citizens of the mentioned communities, assisting children with educational supplies, assisting community residents during times of emergency and enhancing the communities’ surroundings.