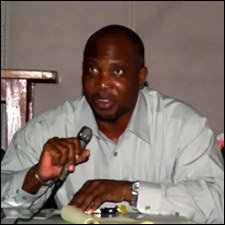 Minister of Communications in the Nevis Island Administration (NIA), Hon. Carlisle Powell and General Manager of West Indies Power (WIP) Ltd, Mr. Rawlinson Isaac pitched their plan of selling a supply of geothermal energy produced in Nevis to the United States Virgin Islands (USVI). The presentation was broadcast live on Radio and Television in the USVI on Wednesday.

The Water and Power Authority (WAPA) in the USVI has begun exploring various renewable energy solutions that might be available to help the WAPA meet their demands. They are finalizing the process of selecting renewable energy contractors that will generate a portion of the electricity used by the islands.

Minister Powell told the Senators that the most realistic way of meeting their goal is by securing a reliable supply of clean, renewable geothermal energy which can be obtained from Nevis at a significantly less expensive rate.

“Studies have been done more than 10 years ago by the U.S Energy Department and the Organization of America States indicated that Nevis has the potential to produce 900 megawatts of electricity using geothermal power,” commented Mr. Powell.

Mr. Isaac in his presentation said that Nevis uses only about nine megawatts of power and therefore the West Indies Power hopes to sell the rest of what it produces to other Caribbean islands. He said he believes that Nevis can sell electricity to the Virgin Islands at an inexpensive rate and he encouraged the senators to take a close look at the proposal because the potential of geothermal is real.