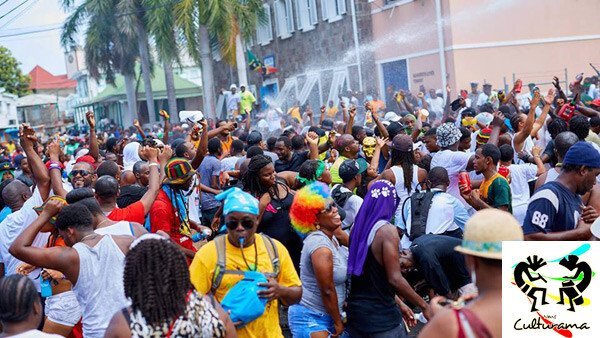 Culturama 43, Nevis’ foremost cultural festival, will be launched in Charlestown later today, June 16, 2017. Contestants for the senior pageants will be revealed and Premier of Nevis Hon. Vance Amory will officially launch the festival.

Chairman for Culturama 43 Antonio Abonaty Liburd, described the launch as a significant one, since it will signal the start of the Culturama season.

The launch follows a press conference in April when the calendar of activities was revealed. The slogan winner was introduced and the patron for the festival was named. The slogan for Culturama 43 is “Our Festival, Our Legacy, Nevis Culturama 43″.

“Now, we are actually going to move into the activities that would build up to the official opening ceremony which is slated for Thursday July 27th,” he said.

Mr. Liburd, noted that the launch would be somewhat different from other years. It will be preceded by a mini cultural street parade and begin from the Villa Grounds and end at the Charlestown Waterfront.

Musical accompaniment will be provided by the Nevis Pan Ensemble, the Sugar Hill String Band and Big Drum music. There will be displays by the Masquerades, Moko Jumbie and Clowns.

The Patron of Culturama 2017 Joe Claxton, the slogan winner Tracy Frazier and the winners from the Culturama 2016 will also be a part of the parade.

Mr. Liburd added that the Culturama Committee has also reached out to troupe organizers to showcase samples of their costumes in the parade.

Also, costumes made during a Costume Making Workshop, a collaborative effort of the Department of Youth and Sports and the Culturama Secretariat, are also expected to be a part of the parade.

Following the official launch, music will be provided by the Ultimate Band of Bath Village and the New Vibes “Sugar” Band from St. Kitts till midnight.