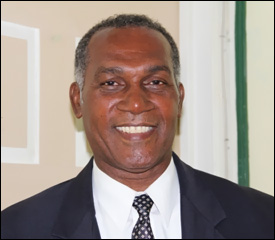 The Nevis Island Administration (NIA) has witnessed successes in accomplishing its objectives to stimulate economic activity on the island, Premier and Minister of Finance the Hon. Vance Amory has said.

While delivering the NIA’s Fiscal Review for the first half of 2013, Premier Amory said the construction sector, which he described as one of the development pillars of our economy, continued to show promise.

“When we examine the figures provided by the Department of Physical Planning, we see that we have already 85 applications for construction of buildings approved for this year. It is our intention to move these applications along very speedily so that we can improve the process of approval so that the construction sector can maintain its vibrancy over this year and into the future,” the Finance Minister said.

Additionally, the Premier noted that the Nevis Housing and Land Development Corporation (NHLDC) would continue its home construction programme and reminded residents that in conjunction with the Federal Government, the NIA had extended the duty concession on building materials for first-time home owners, to the end of 2013. He encouraged residents who were willing and able to construct homes to take advantage of the concession, which he said would stimulate activity in the construction industry.

The Finance Minister also registered the NIA’s intention to eliminate what he described as arbitrary tax concessions, and target resources on strategic sectors of the economy.

“One of the most important aspects, I think, of our targeting of resources would be for the government, itself, to engage in a number of projects to create some employment and this will ensure that we, not only create the employment but we also, make savings because an expenditure would be made on the provision of government offices which will enable government, at the end of the period of construction, to move out of a number of rented accommodations which we now have, where it is absolutely necessary,” he said.

According to Premier Amory, the NIA was continuing the rehabilitation of the Brown Pasture Road, intended to do some rehabilitative work on government buildings and was in the process of looking at the construction of a Government Headquarters.

“We have identified the location. We have gotten some preliminary impressions as to what the buildings could look like and that is going to be one of our focal points for development in the next year.

“We also have to look at work on the Government House which has been in a state of serious disrepair and neglect…As soon as we are able to conclude our additional financing with the [St. Kitts-Nevis-Anguilla] National Bank, we will look at re-opening the contract for the reconstruction of that project because I think it is important and it is really sad that one of the landmarks of our country has been left in a state of neglect,” he said.

The Premier expressed his happiness that the new Social Security Complex was in the process of being built as he said this is another area of stimulating the economy, through the expansion of the construction industry.