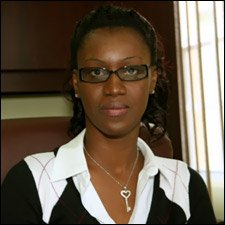 An official of the Ministry of Finance on Nevis said Friday, that the Collections Unit, which was established by the Nevis Island Administration (NIA) to reduce the over $16million owed to various government departments, has made headway.

Ms. Karen Hobson Budget Director in the Ministry of Finance told the Department of Information that the Unit which was set up in February 2009 had so far collected five percent of the debt owed to the Alexandra Hospital, Inland Revenue, Physical Planning, Customs and the Supply Office.

Ã¢â‚¬Å“The total arrears as at December 31, 2008, was over $16 million. Even though the Officers [of the Collections Unit] have been faced with numerous challenges, they have still managed to collect five percent of the outstanding arrears.

Ã¢â‚¬Å“They have also sought to encourage delinquent tax payers to use the payment plan over a period of time,Ã¢â‚¬ she said.

The delinquent taxpayers have been offered two significant incentives and according to Ms. Hobson they would receive a 20 percent discount on full upfront payment. For those who choose to alternatively use the payment plans interest only would be waivered.

However, the Budget Director said the NIA continued to encourage delinquent tax payers to make use of the incentives that were offered to them.

The Unit is made up of five persons drawn from the Customs, Inland Revenue, Water and Treasury Departments. It is located on Happy Hill Drive. The contact numbers are 469-5521 ex2189 or 469-1920.