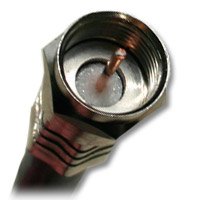 The High Court of Justice, Nevis Circuit, rejected claims by a public utilities company on Nevis that the Nevis Island Administration (NIA) acted outside the law and in breach of an existing agreement between the parties in 2007. The Administration had referred a proposed rate increase from the company to the Public Utilities Commission (PUC) for review.

Legal Advisor in the NIA Hon. Patrice Nisbett, who represented the GovernmentÃ¢â‚¬â„¢s interest in the matter, told the Department of Information on Friday, that Resident Judge Her Ladyship Ianthea Leigertwood-Octave quashed the matter, citing that the NIAÃ¢â‚¬â„¢s action was right in the Nevis publicÃ¢â‚¬â„¢s interest.

Ã¢â‚¬Å“Her Ladyship in a 24 page ruling dismissed the matter brought by Caribbean Cable against the NIA and the PUC.

Ã¢â‚¬Å“Essentially she ruled that the NIA acted fairly in referring the matter to the PUC and in doing so it acted in the best interest of the people of Nevis in ensuring that the rates charged by a public utility are determined to be fair and reasonable by the Body established by law so to do,Ã¢â‚¬ he said.

The Legal Advisor explained that on February 01, 2007, Caribbean Cable informed the NIA that effective March 01, 2007 the rates for cable television service in Nevis would be increased.

Upon receipt of the correspondence, the NIA by way of a complaint, referred the matter to the Public Utilities Commission, a Body charged by law, to make a determination on the tariff for public utilities in Nevis.

The Government requested the PUC to make a determination as to whether the rates proposed were fair and reasonable in the circumstances.

After much legal manoeuvring, the matter was heard before the Resident High Court Judge in Nevis on October of 2007.

Mr. Nisbett said the judgement meant that once rates were proposed by a public utility, the PUC had to come into play and had to make the necessary determination, that those rates were fair and reasonable.

The PUC was also named in the suit as second defendant due to its decision to suspend the rate increase, for the provision of cable services as had been proposed by the Caribbean Cable Communications [Nevis] Ltd.

The Commission was represented in the matter by Dr. Henry Stucomber Brown.