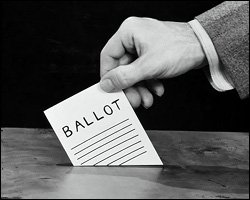 “You have people registered in a particular area to vote and they may not be physically living there. For example, the people today who are living in New York. They are presently residing in New York, but once they are registered to vote in any constituency here in St. Kitts and Nevis, they have that right to vote,” said Dr. Douglas, pointing out that the law passed in 1984 by the then People’s Action Movement (PAM) Administration gave that right for them to vote.

“You also have citizens of the United States of America who have the right to vote in their elections in the United States, who maybe living right here in St. Kitts and Nevis. So there are situations according to the law where someone who is not living in a particular area where they are registered but once they are registered there they have the right to vote there. That is the electoral law that used to govern ourselves and which is similar in many nations around the world,” said Dr. Douglas in response to a call during his weekly radio programme “Ask the Prime Minister.”

“This law giving nationals who live overseas the right to vote was enacted since 1984 by the Kennedy Simmonds PAM Administration. This is nothing new at all. This has been on the laws of this country since then,” said Dr. Douglas.

During the recent consultations on electoral reform, nationals in St. Kitts and Nevis and in the diaspora called for the right of overseas citizens to vote in general elections.

Political leader of the People’s Action Movement (PAM) Mr. Lindsay Grant has been calling for the implementation of a residency requirement for nationals registering to vote and also prior to the date of a general election, a call which has been roundly rejected by citizens in St. Kitts and Nevis and overseas.