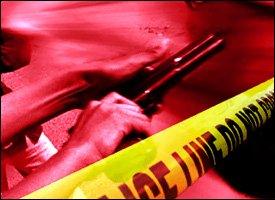 The Federation Is Still Plagued By Violent Crime

At about 12:02 am on August 1st 2009, Police in Tabernacle responded to a report of shooting at the housing project in Tabernacle.  Upon arrival, the officers met Maxwell Christopher of Tabernacle lying in the road with what appeared to be gunshot wounds at the back of his head.

The District Medical Officer, Dr. Garfield Alexander visited the scene and pronounced him dead.  No arrest has been made, investigations are ongoing. The Police are making an appeal to persons with information on this crime to call the Tabernacle Police Station at 465-7227.