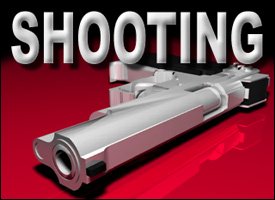 At about 1:10am on July 25th, the police responded to a reported robbery at Canada, in the vicinity of Morgan Heights.  Investigations revealed that Javon Audain of Molyneaux, driver of motor omnibus HA226 was parked on the Island Main road when three masked men robbed Keith Lowry of Phillips Village, a passenger who was outside the bus, of his wallet containing a sum of money, and his cell phone.  The driver who was laying back in the driver’s seat, got up when he heard the talking and one of the masked men fired two shots which penetrated the driver’s door, one of which injured  Audain in his right side.  He was taken to the JNF Hospital where he was treated and warded in stable condition.  No arrest has been made, investigations are ongoing.

Another Shooting In Nevis

Police in Nevis are also investigating a shooting which occurred outside the Dejavu Night Club at Stoney Grove at about 5:00 am on July 25th.  Investigations revealed that Carlo Gumbs of Craddock Road and Alvin Sutton of Low Street were walking from the Club towards their vehicle which was parked close by, when a masked assailant approached them and fired several shots at them.  Gumbs was shot multiple times in his upper back and was taken to the Alexandra Hospital where he was treated and subsequently discharged.  No arrest has been made, investigations are ongoing.