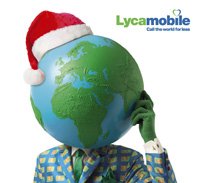 Since 2006 Lycamobile has launched its pre-paid international brand in the Netherlands, Belgium, Norway, Sweden, Denmark, Switzerland and the UK, where it claims over four million subscribers. Earlier this week Lycamobile launched in Italy, piggybacking on the 3 Italia network. It plans to launch in further markets throughout 2009.