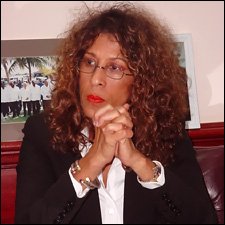 Discussions aimed at shaping the final Treaty for the OECS Economic Union, will be officially launched in St. Kitts and Nevis next week.

The launching ceremony has been planned for Tuesday 28th September 2009 at the Sir Cecil Jacobs Auditorium, Eastern  Caribbean Central Bank at 6:00 P.M. and will be attended by Governor General His Excellency Dr. Sir Cuthbert Sebastian, the  Federal and Nevis Island Administration Cabinets, the Federal Assembly and the Nevis Island Assembly and representatives of  political parties and non-governmental organisations including the business sector.

The welcome remarks will be made by Ambassador to CARICOM, OECS and the Association of Caribbean States (ACS) and Chair of the National Task Force on Economic Union, His Excellency Mr. Wendell Lawrence. Also speaking will be Chair of the OECS Task Force on Economic Union and Governor of the Eastern Caribbean Central Bank  (ECCB), Sir K. Dwight Venner.