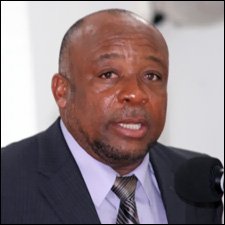 Wednesday September 16, 2009 has been dubbed National Heroes day in St. Kitts and Nevis. The day set aside to honour the local heroes who played a great role in the development of the island.

Minister of Social Development on Nevis Hon. Hensley Daniel, said during a sitting of the Nevis Island Assembly, on Monday, that the Ministry of Community Development would announce the renaming of important land marks after outstanding Nevisians. The ceremony is slated for the Occasions centre on Wednesday from 6:00 pm.

“The aim is to keep the hard work of these pioneers in the minds of the local people. We run the risk in this country of missing the chance to celebrate our achievements.

Mr. Daniel explained that the ceremony was a concrete method to recast the society in the image of the local people and would continue to build the nation and shape the society on the work of those who had gone before.

The Minister listed the Netball Complex, Grove Park, St. Johns Primary School, St. Thomas pre-School, the Supply Office Building, the Cultural Complex, Croney’s Complex at Old Manor and the Tourism Authority Building in Charlestown as the landmarks that would be renamed.

“The renaming says “Thank You” and we appreciate and value your contribution to the development of Nevis,” he said.