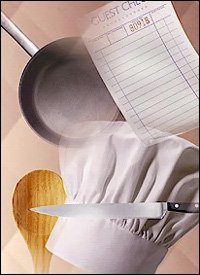 Every Nevis Hotel Has Embraced The Idea

An initiative is underway in Nevis to attract more young people to the Culinary Arts, with a view to their becoming qualified to work as Executive Chefs not only in Nevis but in other parts of the world. The driving force behind the project is the Nevis Chapter of the St. Kitts and Nevis Hotel and Tourism Association.

In a recent interview with the Department of Information, The Organisation’s Director Mr. Greg Philip gave an insight into the pioneering programme and noted it was designed to inspire and motivate students of the Charlestown and Gingerland Secondary Schools on Nevis.

“We formed a programme called Project Future Chief and that really is as the name says. We are looking at young people who have an interest and we will give them the necessary exposure and steer them in the direction in which they can get some experience to develop themselves in the area of Culinary Arts.

“We are hoping that from the exposure we will provide for them, they would be able to”¦make viable decisions as to whetheer or not they are actually interested in being Chefs within the tourism industry. If they are, then we are hoping that through what we facilitate, they could go to college and take Culinary Arts then after college they will seek the experience that is necessary,” he said.

Mr. Philip added that the projection was five to 10 years away when young Nevisians would be in a position where they had the experience, training and qualifications to become Chefs.

“They can actually decide I’m gonna be a Chief and they can actually complete an application and be a viable option for any hotel from the Four Seasons to any of the other local hotels on the island,” he said.

With regard to the School’s response to the programme, Mr. Philip explained that they were excited about the programme and had each been asked to select four students who would participate.

“What we have done is to give them an opportunity where they will work along with Chefs and we will ensure that the four from each school, will have internship opportunities during the Christmas and Easter break at local hotels so that they can get more exposure to the life of a chief and to really recognize what it is to be a chief,” he said.