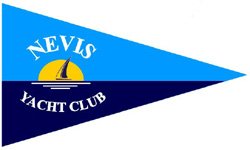 The 15th Annual Montserrat Open Fishing Tournament that took place on October 31st, 2009 was once a again a resounding success.

The event saw the participation of 27 fishermen on eight boats. This included five (5) boats from the neighbouring island of Nevis.

A sizable crowd turned up at Moose’s Place in Little Bay to witness the weigh-in and the presentation of prizes.

At the end, Black Fin from Nevis was crowned “˜The Champion Boat’ with 223.5 lbs. and received a cheque for EC$2500.00, sponsored by the Montserrat Tourist Board.  Black Fin also secured wins in two categories, including:

Alison Richards of Montserrat won the prize for the largest largest fish caught by a lady for a 28lb  Wahoo.

Two King Fish were caught weighing, the prize going to Miss Bluegrass at 20# from Nevis.

The Montserrat Fisheries Co-op and the Montserrat Tourist Board wish to thank all the participants for entering the tournament, and also the Montserrat Sports Association and all the other sponsors and volunteers who contributed to the success of this year’s event.  They are also looking forward to an even bigger and more successful tournament next year.