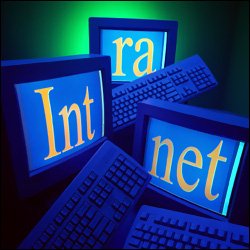 The National Information and Communication Telecommunication (ICT) Center has achieved yet another milestone as it empowers locals to become e-Citizens in the digital age.

Earlier this week, Permanent Secretary (PS) of Information and Technology, Osmond Petty, presided over a ceremony which saw documents being signed, to officially certify the ICT Center as an authorized testing center for the European Computer Driving Licence (ECDL) which markets in some countries as the International Computer Driver’s License.

ICT Policy Adviser, Pierre Bowrin, told SKNIS that this was a significant development as it adds an international certification component to the complement the training that is already offered at the ICT center.

Albert Daniels, the ICDL Auditor for the Eastern Caribbean, toured the center, and gave a “thumbs up” to the procedures put in place by Government to ensure that the facility can be a training house for various international e-Courses. Mr. Daniels noted his pleasure in having the Federation become an official member of the ECDL/ICDL family which spans nine million candidates in 148 countries.

“It is important that Kittitians are able to have access to this new testing facility because digital literacy has been found to be one of the hallmarks [of education] – just like reading and writing – which will be a contributor to economic and social development,” he stressed, adding that ICDL is considered to be the largest computer certification house globally.

ICT has been identified by Government as one of the pillars of the new economy and as such, focus is placed on improving the skill set of locals. The National ICT Center was opened in October 2007 and has facilitated training for approximately 2,000 persons to date.

Permanent Secretary Petty explained that computer literacy will continue to be an important requirement within the public sector.

“The Ministry of Education will make a submission to the Government’s Human Resource Management Department to recognize ICDL as a certification that all civil servants should aspire to and be given due recognition through increments, once they have achieved certification,” he revealed.

Mr. Petty, who also is the PS for Education, made a special appeal to teachers to take advantage of this new opportunity.

ECDL/ICDL courses are typically completed in four to six weeks. Additional information is available at 465-0610.