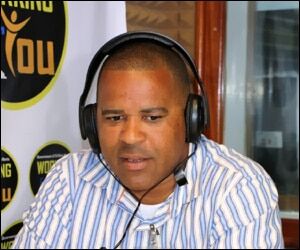 Hydroponic farming promises to be of great use in St. Kitts and Nevis and the Caribbean Region on a whole, as it is clean farming will improve the quality of the fruit that is being produced, said Stuart LaPlace, Research and Hydroponics Scientist at the Clarence Fitzroy Bryant College (CFBC).

Mr. LaPlace outlined the basics and potential benefits of hydroponics while appearing on the Government’s weekly radio and television program “Working for You” on Wednesday, March 10.

“Hydroponics is basically growing crops in non-nutrient rich media and we add nutrients to that media to enhance the productivity of the crops,” said LaPlace, while explaining that there are various techniques that could be used in hydroponics. “The one specially geared towards the climate smart technique that we are using currently at the college and across the region is a recycling technique that ensures that the nutrients are continuously cultivated into the system to ensure that the plants have maximum access to the nutrients at all time.”

He further explained that farmers are able to predict when hydroponic crops are going to come to term, as well as ensure nutrient security by enhancing the formulation that the plants are fed with.

The CFBC scientist noted that the technique used in the region is different to that used in the United States, the United Kingdom and other parts of the world, because the region does not have the high-tech equipment, nor the high science.

“We have basically stripped it down, made it accessible to the everyday man or woman in that regard,” he said.  “So we have taken it out of the hands of the scientists and we are now placing it in the hands of the normal man and woman on the street. We are using regular water so there is no water treatment, there is no reverse osmosis unit. The water that we have here in St. Kitts (and Nevis), we can drink right from the tap and in doing so, it can be used to feed these plants as the media of choice, so we do not have to enhance the water in anyway.”

Mr. LaPlace noted that the hydroponic technique is time efficient and beneficial in many ways.

“In addition, with this technique, it cuts down on the amount of time you spend farming as you would have done traditionally in the many hours you would have put into it,” he said. “In terms of the labor intensiveness, that also gets cut down. There is no weeding and you don’t need any of those mechanical tools. It is non-gender bias, so it can be done by male or female. Traditionally, some would argue that farming could be very labor intensive and traditionally most of the farmers, or farmers generally would be males and they would normally dominate this sphere where agriculture is concerned. Now we have a level playing field where either/or could benefit from this.”

The CFBC lecturer noted that hydroponic farming is also beneficial to persons who may be confined to a wheelchair and mentioned that there are similar hydroponics farm already in the Caribbean. He stated that the Antigua Wheelchairs Association will be benefiting from the system shortly, as a hydroponic farm will be set up and persons with various disabilities would be enrolled in the project to do farming.

He noted that St. Kitts and Nevis is also working with the Organization of American States (OAS), as they are fond of the concept, about the climate smart, the transferability, the implementation and getting persons in rural areas who do not have access to a lot of resources.  However, he stated that transportation issues might be a concern. He said that the aim is to have systems set up in remote locations where persons can feed communities and households.

Mr. LaPlace stated that this type of farming would not be affected by seasons because persons would be able to produce at any time of the year.