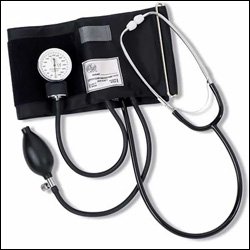 Home care officers for the elderly in St. Kitts have now taken on a new level of professionalism as they carry out their daily duties.

The individuals involved in this type of work locally have now been given the tools which will strengthen the health care aspect of their role as care providers, courtesy of the Ross University International School of Nursing.

Nursing students at the school recognized the function carried out by these women and noted that it could be enhanced if they received medical tools to monitor the health of their elderly care receivers.

President of the Student Nursing Association, Jane Williams, commended the Home care project officers saying that they take care of the most vulnerable and needy of the population. She added that after some of the nursing students accompanied the home care officers on visits to the elderly, they were willing to do whatever it took to help upgrade this critical service.

She added that their early attempts at raising funds included selling cookies which soon evolved into the raffling of one of their vehicles to make enough funds to purchase the items. “We worked hard to get this for you because it means that much to us,” said the president.

This particular gesture was highly commended by the home care officers one of whom reported that it boosted her morale concerning the service she provides which is seldom applauded.

The benefits of this noble gesture have become apparent as each home care officer was presented with a package containing a glucometer, test strips, alcohol swipes, needle container, digital blood pressure cuffs and thermometer.

Director of Community and Social Development Jovil Martin expressed gratitude to the nursing school for its continued partnership with her ministry stating that the equipment provided would add significantly to the efficiency of the home care officers jobs. Ms Martin assured the nurses that the items would be cared and treasured.

All the instruments provided help in the diagnosis and monitoring of chronic non communicable diseases which are prevalent locally.

The home care officers were also provided with technical training in the use of each item they received as well as handouts for future reference.