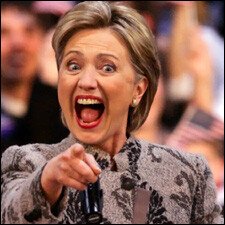 US Secretary of State – Hillary Clinton

United States Secretary of State the Hon. Hilary Rodham Clinton said Friday that St. Kitts and Nevis and the United States are working together as partners to enhance the security and prosperity of the entire Caribbean region.

“St. Kitts and Nevis is a leader in our common efforts to combat crime and reach out to at-risk youth through the new security initiative announced by U.S. President the Hon. Barak Obama at the 2009 Summit of the Americas,” said Mrs. Clinton in a message congratulating St. Kitts and Nevis Prime Minister Hon. Dr. Denzil L. Douglas on the celebration of the 26th Anniversary of Independence.

Mrs. Clinton told Prime Minister Douglas that St. Kitts and Nevis and the United States “are united by our shared commitment to advance democracy and human rights and build a brighter future for all our people.”

“We look forward to deepening that partnership and expanding our cooperation to promote better health, improve education, expand trade, and protect the environment,” said Mrs. Clinton in reaffirming the enduring friendship of the United States.