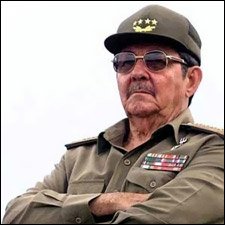 “The President conveys his personal best wishes and regrets that he is unable to come. He has a very tight domestic agenda which prevented him from coming. I know that he cannot be replaced, but he has sent me in my capacity as the Vice President of the Council of State,” said Hernandez, who was accompanied on the courtesy call by the Vice President of the Council of Ministers, His Excellency Ricardo Cabrias Ruiz; Cuba’s Ambassador to St. Kitts and Nevis, Her Excellency Ana Maria Gonzalez and Director of the Latin American and Caribbean Division of the Ministry of Foreign Affairs, His Excellency Rogelio Sierra Diaz.