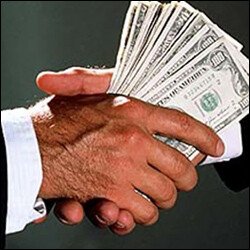 “PAM has evidence of the many corrupt deals…..”

Leader of the People’s Action Movement Lindsay Grant is demanding that an immediate investigation be conducted into the operations of the Ministry of National Security.

Grant also stated that he remains steadfast behind the comments and allegations made by his Deputy Eugene Hamilton and Constituency Two Representative Roy Angus Fleming regarding reports of bribery.

Grant made the demand because of what he said were the desperate attempts by key figures within the St. Kitts-Nevis Labour Party at ensuring that they and the Prime Minister remain in office at all costs. He also lashed at the Ministry of National Security, stating that he has no intentions of joining them in making wild and baseless allegations but seeks to point out the root of the problem.

“PAM has evidence of the many corrupt deals that occur within the Ministry of National Security and we are prepared to issue names and details about this corruption, as people are willing to step forward and to talk about it,” Grant said.

Grant stressed that such acts in an effort to enhance Labour’s position must come to an immediate end. He also warned that with the party’s rapidly growing support he wants the findings of an investigation to be made public, noting that those responsible for committing such unprofessional acts should be made to answer for their atrocities.

He added that with the growing bribery allegations, his party recognizes that they would now have to concentrate their efforts on reaching out to every citizen in an effort to encourage them to vote for change.

“The time is here for a change of the Denzil Douglas-led administration, as the public has seen for the past 14 years that there have not been growth and development while crime and social ills are the only things growing,” he said.

At a recent public meeting in Market Street, Grant told supporters that Dr. Douglas continues to withhold the election date and playing on the public’s emotions by asking them whether or not he should ring the bell, which should have been since October 25th 2009.

“He keeps asking the public if he should ring the bell now or wait. I tell you, that after December 16 the bell will ring automatically. As it will ring, so are these the very last days of Dr. Denzil Douglas,” Grant told a passionate crowd, adding, “We need to bring an end to the countless atrocities being committed by Douglas and the Labour Party.”

Grant disclosed that he and his party have documents and evidence that implicate key government and top civil servants in bribery and other unprofessional acts. He however said that he did not want to reveal who provided the list and what it contains until the Ministry conducts its investigation.

He also stressed that among some of the bribery acts are issuances of passports in exchange for votes while many non-nationals are being brought in specifically for the upcoming elections.

Grant declared that his list and evidence are bonafide and he is prepared to make them available at the right time, adding that “this move is necessary to ensure corruption in the Ministry is wiped out.