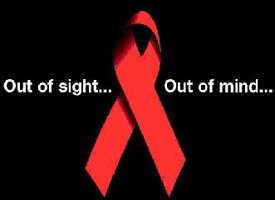 Leader of tthe People’s Action Movement (PAM) Lindsay Grant has added his party’s voice for the immediate ending of stigma and discrimination against people living with HIVAIDS.

Grant pointed out that in a civilized and mature society, ending stigma and discrimination are the primary pillars in reducing the spread of HIVAIDS. He stressed that as Leader of his party he remains confident that the fight against HIVAIDS could be won, noting that there are some amount of successes achieved globally in addressing the disease.

Zeroing in on the Federation of St Kitts and Nevis, Grant said that there is an urgent need for a genuine multi-sector approach to the fight against HIV. He noted that while the Ministry of Health, under the leadership of the Hon. Rupert Herbert, has been trying to get some work done, there is still a whole lot more that is critically needed. He stressed that it is pivotal for the Minister and his ministry to remain in the lead role in confronting HIV.

“Kittitians and Nevisians must be able to feel a sense of pride that as a Federation we can succeed in effectively and efficiently addressing this epidemic, Grant said.

The PAM political Leader also issued a passionate appeal to other stakeholders to play   a meaningful role as well. He noted that while Government should be the front leaders, stakeholders also has a responsibility in ensuring that collaboration and cooperation are achieved so as to win the battle.

“I call on all stakeholders to recognize that they too have an important role to play in this fight as well, thus civic society should also see themselves as a major player,” Grant said.

He pointed out that his party joins with others in noting the importance of confidentiality when addressing this issue, stressing that he would like to see a high level of mature political leadership in the fight against HIV. He said that petty political differences should be set aside so as to properly deal with the concerns and issues affecting the people of the Federation.

He also stressed that for Government to demonstrate more commitment and willingness, it should invest in putting together carefully thought out programmes so as to properly prevent and control HIV.

“Prime Minister Dr. Douglas holds the regional HIV portfolio and it’s so sad to see that St. Kitts and Nevis’s response is not encouraging. I urge him not only as the Prime Minister but also as an advocate for the elimination of stigma and discrimination of persons living with the disease,” he said.

Grant also urged the Coordinator of the Ministry of Health’s HIV/AIDS Department to seek on building stronger relationships with members of civil and private sector society. “I must say that the work that is being done by the Coordinator, Gardenia Destang, is worthwhile of being mentioned. However, there is more that must be done,” he said. He was also loud in praise for what he said should be viewed as the very impressive leadership being demonstrated by members of the private sector and civic society, including the faith-based organizations.

Grant also pointed out that his party strongly believes that to enhance any level of partnership in playing a key role in preventing and controlling HIV AIDS, it must be taken to a new level through the Ministry of Health whereby social support to families affected by HIV could be provided without any difficulty.

“We must, as politicians, lead from the front as we have a social and moral responsibility to reduce stigma and discrimination. We also should strive and aim to provide tangible assistance in whatever way,” he declared.

Grant added that there is much to reflect on and much for both citizens and residents to reflect and be proud of, noting that he is confident that the public is interested in making a new start in championing the cause of people living with HIV/AIDS.

“While we within the People’s Action Movement would like to commend the Ministry and those working in whatever capacity to help in reducing stigma and discrimination, we strongly believe that there is much more that can be done especially from the Government level. Therefore, I call on all to commit to reducing stigma and discrimination,” Grant appealed.