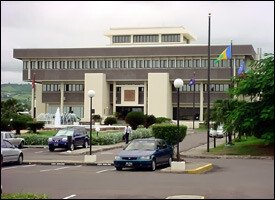 The banking system of the Eastern Caribbean Currency Union (ECCU) remains stable and has not been impacted by the ongoing developments in the global financial market.

“The ECCB is keeping in close touch with the major financial authorities and continues to monitor very closely developments in the financial sector,” the statement said.

The worst financial crisis since the 1930s was stark reality for millions on Wednesday as retirement savings evaporated, jobs disappeared, stock market values slipped again and a dramatic cut in interest rates by central banks from Europe to Asia did little to stem three weeks of near panic.