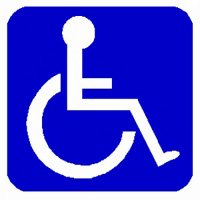 “We want to raise the awareness of the public…”

Living with a disability, and the rights of the differently-abled are to be discussed on Thursday during a live television broadcast.

Anthony Mills, the President of the St. Kitts-Nevis Association of Persons with Disabilities, told SKNIS that a panel discussion will be held at ZIZ television studios which will highlight critical matters related to disability and the stigma attached to it.

“We want to raise the awareness of the public to a lot of the problems faced by disabled persons,” Mr. Mills said. “They need to realize that disabled persons are persons first, who just happen to have an impairment. Most times it is through no fault of their own.”

In addition to the informational aspect of the discussion, Mills disclosed that a case will be made for empowerment opportunities which are in the best interest of everyone.

“If a person is empowered, then they may be able to become gainfully employed,” Mr. Mills noted. This, he added will lead to greater independence, and an increased self esteem as well as diversity in the workplace; which is generally very valuable in any environment.

President Mills stressed that the employed individual will not be a burden on the state and in fact will be making contributions to social security and paying other taxes which will be used to fund national development and social programmes.

An appeal was made for persons to tune in to the live television broadcast which is slated for May 14, 2009 at 8:30 p.m. The discussion forms part of the month of activities currently taking place.

Mr. Mills and other members of the disabled association have also taken their message to the youth of St. Kitts. Visits were paid to the Washington Archibald and Basseterre High School and students got the opportunity to interact with members. The students were reportedly very responsive to the message and asked a number of questions.

Other activities being planned for the awareness month will be announced by the association shortly.

Government has been a strong supporter of disability rights and has promoted an inclusive agenda. Several Government officials have met with Mr. Mills on various occasions and have pledged their assistance to the needs of the differently-able. Efforts are made to ensure that representatives are included in national discussions such as the Annual Consultation on the Economy.

Also, the new high school at Saddlers is being built with wheelchair access and other special provisions. In addition, Prime Minister Honourable Dr. Denzil Douglas recently signed a partnership agreement with Special Olympics International, signaling a commitment to further develop the movement and its athletes on the national level.