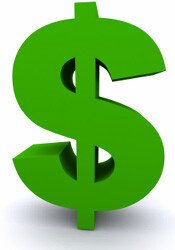 Deposits in commercial banks in St. Kitts and Nevis stands at EC$2.5 billion.

Prime Minister Hon. Dr. Denzil L. Douglas speaking at his monthly Press Conference said his governing St. Kitts-Nevis Labour Government is having a real and dramatic, impact on the economic well-being of the people of the Federation of St. Kitts and Nevis.

“When my party assumed office in 1995, there were some $661 million in deposits in the federation’s commercial banks.  Four years later, this had passed the $1 billion mark, and by the end of 2008, deposits held in commercial banks amounted to some $2.5 billion.

This reflects strong, steady, growth, and this is good for St. Kitts and Nevis,” Prime Minister Douglas told reporters at the Press Conference carried live on national TV and several radio stations.

He said almost 40 percent of these deposits are held by households. “Between the time my government took office in 1995 and the present, household deposits have tripled in St. Kitts and Nevis.  In 1995, their dollar value was $273 million.  In 2008, this had mushroomed to $881 million,” said Prime Minister Douglas.