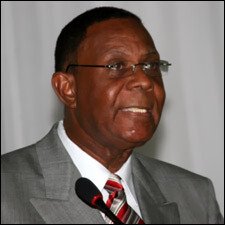 There is good reason why Commissions of Inquiry, though regarded as controversial vehicles in some quarters, continue to flourish. That was the view expressed by of Counsel to the Sharpe Commission of Inquiry (COI) Sir Richard Cheltenham, when he made opening statements at the first session of oral hearings in Charlestown on Monday.

The Commission was established by the Nevis Island Administration (NIA) to investigate and report on the circumstances which surrounded several transactions of Government over the period 1996-2006.

“There is to begin with, a “publicness” about them, their terms of reference, the appointment of the Commission and those who assist them in the discharge of their roles, all of which is transparent and attractive”.

“There is in addition, an openness of their process of investigation and fact gathering, not to mention their expertise and perceived independence and impartiality. The external nature of their membership both in relation to the Executive and in small states, external to the country as well, is found to be both appealing and reassuring,” he said.

Sir Richard explained Commission of Inquiries had long been an essential part of the Westminster system of government and it was nothing new to the Caribbean.

He pointed to what he described as the most important of Commissions in the post independence era as the West Indian Commission which was established in 1989 and was headed by Guyana and Caribbean regional statesman and internationalist Sir Shridath Ramphal. The mission of that Commission was to craft a new structure of unity and help the people of the West Indies to prepare for the 21st Century.