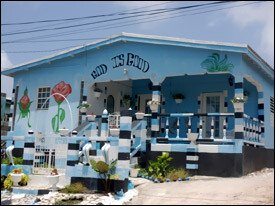 Speaking at a public meeting at Wigley Avenue on Sunday night, Prime Minister Douglas said the total value of assistance provided by the Development Bank of St. Kitts and Nevis under the Scheme amounted to EC$47.5 million.

“We believe that it is important to empower people through the acquisition of property,” said Dr. Douglas, pointing out that is governing St. Kitts-Nevis Labour Party is a party of progress and success.

“We believe in the empowerment of the ordinary people,” said Prime Minister Douglas, who has reaffirmed his government’s commitment to continue to respond to the demands for housing in St. Kitts and Nevis.

The Civil Servants Home Mortgage Scheme offered 100 percent financing through the Development Bank, based on the number of years individuals worked in the public service and is one of several housing programmes initiated by the Labour Government of St. Kitts and Nevis in which nearly 3,000 homes have been built.