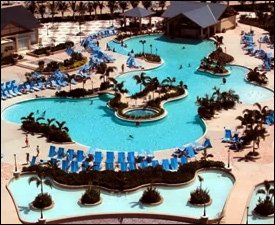 St. Kitts is one of three islands featured in an article that highlights the fruits of the government policies to transform the sugar industry to one that includes tourism and hospitality services.

The section on St. Kitts highlights news that Delta, the world’s largest airline will be increasing service to St. Kitts’ Robert L. Bradshaw International Airport for the peak winter travel season this year, with the addition of a second weekly non-stop flight from Atlanta’s Hartsfield-Jackson International Airport.

It reports that Sedona Resorts has signed on to offer development, operations and marketing services support to St. Kitts’ Kittitian Hill. Sedona Resorts has developed and operated the award-winning Enchantment Resort, Mii Amo Spa, the Tides Inn, and a number of other properties regularly acclaimed by Conde Nast Traveler, Travel + Leisure and Zagat publications.

Kittitian Hill is a contemporary Caribbean community founded on the principles of holistic, sustainable development. Set on a stunning 400-acre hillside site in the Northern part of St. Kitts, it will be a village with a centre for the creative arts. Plans are in place for villas, apartments, a boutique hotel with the look and feel of traditional Kittitian cottages, a destination spa and golf course.

The feature, written by freelancer, Rita Cook, states that the Spice Mill Restaurant that opened in March this year and situated right on the sands of the island’s picturesque Cockleshell Beach, serves an eclectic menu of West Indian-influenced dishes for lunch daily and for dinner six nights a week.

The upscale establishment features a casually elegant dÃ©cor from local and regional sources, including crayfish baskets woven in Dominica and a canoe replicating the original design from the Carib Indians that has been transformed into a bar on the restaurant’s upper tier and with cushioned couches and lounging chairs scattered throughout the interior and along the beach that invite patrons to relax and enjoy the unique surroundings.

La Belle Vie, located just past the roundabout leading to Frigate Bay, is St. Kitts only French restaurant that has already begun to build a name for itself.

Opened in June 2009, the exquisite La Belle Vie is a nod to St. Kitts’ French heritage with an intricately-planned menu of gourmet cuisine created by blending local ingredients into authentic French recipes.

Decorated with an antique European flavor, the restaurant features a cozy lobby leading out to the dining patio amidst the flower garden, an ideal spot for a romantic moonlit supper. La Belle Vie makes its own bread and pastries on the premises and boasts a variety of fine wines and liquors.

Sky Safaris St. Kitts Ziplining Tour that soars above the treetops of St. Kitts’ lush rainforest is the island’s newest attraction. Officially opened May 9, 2009, it is set on the grounds of the old Wingfield Estate, former home to Thomas Jefferson’s great-great grandfather and site of one of the Caribbean’s last surviving aqueducts.

The sugar estate ruins feature original structures, equipment, chimney, aqua duct and other interesting historical elements that are available for viewing and touring by guests.

Sky Safari St. Kitts offers ziplining tours on 5 zip lines with magnificent views of the rainforest below. The ziplines vary in length and range from high-speed to slow moving, so the experience is well-rounded.

Throughout the tour, guides share their wealth of information about the lush landscape and local Wingfield Estate. Further, the Sky Safari system utilizes the most advanced technology available and is eco-friendly, with all cables rock-anchored (trees are not used as anchors for the cables on the system) and takeoffs and landings all land-based or from towers.

Soon the zipline experience will include a stop at a natural river running pool to cool down and relax after the ride.