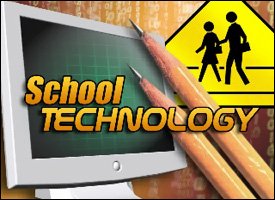 The new Saddlers Secondary School is designed “to allow children to take their rightful place in the community of the world.”

This is the view expressed by incoming Principal of Saddlers Secondary School Stanley Knight, who officially takes up his new position at the start of the upcoming term on September 07, 2009.

Whereas the structure and design concept of the school are new and innovative, and the teaching tools include recent technology, parts of the teaching curriculum are pioneering as well. Education Permanent Secretary, Osmond Petty said that a recent World Bank survey among employers revealed that while academic and technical skills are necessary, value-based skills were also critical for employment. He said employers identified attributes such as honesty, integrity, work ethics, cooperativeness and team-spirit as essential. As such, Mr. Petty said that the first week of school an orientation will be held that includes values and virtues training.

The school’s groundbreaking approach also includes the removal of streaming, so that students will not be grouped in classes according to the rate at which they learn. Incoming Principal Knight said that all children will be exposed to the same content while the staff and new technologies will be utilized to reach each child at his or her level.

Mr. Knight further noted that while the subject offerings will be comparable to all other government high schools in the Federation, the delivery will be different. He said that as outlined in the Education White Paper, from First to Third Form, the Caribbean Certificate of Secondary Level Competency (CCSLC) will be used as a curriculum guide. He elaborated that at present, in other schools, CCSLC is used chiefly in preparation for school leaving exams. Incoming Principal Knight informed that when school reopens in September, First Form only, will be attending the Saddlers Secondary, but an additional form would be added each successive school year. This year it will house, at the most 72 students, who will be divided into four classes of 18.

These students, as equivocally noted by the Incoming Principal will be given the skills so that they can be employed anywhere in the world. He emphasized that recent employment trends show that the number of jobs available in primary employment, such as manufacturing is decreasing while service-oriented jobs are increasing. Therefore, the value-based skills described by Mr. Petty were once again mentioned. Mr. Knight further noted that employers assume that everyone knows how to use a computer.

To assist students in the optimal use of the computer, the school already houses the appropriate infrastructure. A wireless internet network is accessible anywhere on the premises.

The Ministry’s Education Planner, Quinton Morton said the infrastructure can be described as technology-rich for it can operate most of the recent technology devices. He said that while most high schools have two computer labs, Saddlers Secondary has one, but it offers much more than the others. The Education Planner also said that the school boasted a computer cart that could take laptop computers to the children anywhere on the premises. He illustrated that should there be need for research following a particular subject, the student would not have to physically get up and go to a lab, but instead the internet could be accessed on a laptop, in the same classroom.

Mr. Morton described what is termed “white technology” which includes the use of smart boards. He explained that while most local high schools have smart boards, which are virtually computer monitors projected onto the class’ white board, those at Saddlers will be more up-to-date. They will include computerized slates that allow teachers to operate the smart boards from anywhere in the classroom.

Another original feature of the school is that technology will not be limited to computers. Incoming Principal Knight said that, as customary, the education of the child will involve not just the teachers and students, but the parents and community as well. He said that parents will be informed of their children’s progress by means of cell phone text messages. Mr. Knight said that other creative means will be sought to include the community.

The St. Kitts and Nevis Poverty Assessment Report of March 2001 determined that there was inequitable access to education for youth in the villages from Mansions to Dieppe Bay. As such, the inclusion of Saddlers Secondary in the OECS Education Development Project was a means of beginning the process to alleviate such. Mr. Petty stressed that although construction which commenced in 2006 continues, the facilities necessary for the commencement of the school term are complete.