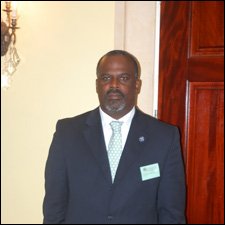 St. Kitts and Nevis and other member states of the Caribbean Community (CARICOM) continue to monitor the situation in the Turks and Caicos Islands.

Speaking at the opening ceremony of the Caribbean Regional Seminar on Decolonization convened under the auspices of the Special Committee on the Situation with regard to the Implementation on the Granting of Independence to Colonial Countries and Peoples, Permanent Secretary in the Ministry of Foreign Affairs, Mrs. Astona Browne said the situation is being monitored “with much interest.”

“The CARICOM position on this matter calls for “deeper reflection by all involved in order to arrive at a solution that will minimize constitutional disruption,” she said in presence of some sixty delegates from around the world including the Premier of the Turks and Caicos Islands, the Hon. Galmo W. Williams and the United Kingdom Representative, Mr. Simon Hosking.

The British Government has decided to suspend the Constitution of the Turks and Caicos Islands. The Foreign and Commonwealth Office in London has announced plans to restore direct rule after a Commission of Inquiry headed by Sir Robin Auld found evidence of widespread corruption in the government.

The Report by the Commission led to the stepping down of then Premier Hon. Michael Missick.